Secrets of the Courtroom 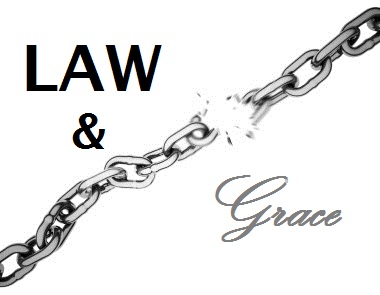 Most people that have never been involved in a trial before have a complete misunderstanding of what exactly goes on in the courtroom. This is the case in large part because of how it is portrayed on television and in the media. There are a few misconceptions in particular that I hear a lot as a car accident attorney that I would like to clarify in this article. Here are a few realities of the courtroom that people who have not been involved in a personal injury case may not know.

Frivolous lawsuits never make it to trial: The term Aï¿½frivolous lawsuitAï¿½ is a buzzword that certain politicians and media personalities use a lot. It is also a term that insurance companies strive to popularize amongst the public. The reason for this is that it convinces juries in personal injury cases, that the victim of someone elseAï¿½s negligence is being greedy. The fact of the matter, though, is that frivolous cases will never make it to trial. The legal system provides a lot of steps that a case must go through before trial that will get rid of any case that is frivolous. The defense can make a motion for something called Aï¿½summary judgment,Aï¿½ which will attempt to dismiss a case based off of its pleadings. A judge hears the argument, and if the case is frivolous, it will be thrown out and never heard in court. If a case has made it to trial, you can be sure that it has likely survived summary judgment and is not frivolous.

Aï¿½InsuranceAï¿½ can never be uttered in the courtroom: Considering almost every injury case that makes it to court involves a defense by an insurance company, you would think that the word Aï¿½insuranceAï¿½ would be commonly used in a trial. However, despite the fact that it is the auto insurance company fighting the case, you are not allowed to use that word in court. The fear is that if a jury knows that an insurance company is involved, they will know that they have money to spend and will reward the victim with higher damages as a result. I personally believe that this is an antiquated rule that confuses the jury, and ends up doing more harm than good. The fact of the matter, though, is that this is the rule, and it is important for people involved in an accident case to understand this.

A case can be decided by a jury or a judge: A lot of people believe that every case is decided and awarded by a jury, but that is not always the case. Some trials can be heard and decided by only a judge, and this is known as a bench trial. In fact, the only way to get a jury trial is for one side to request one. Usually, the request for a jury is made by the insurance company, because they know that the misconceptions about frivolous lawsuits affect a jury much more than a judge.

Insurance Companies can demand an Aï¿½Independent Medical ExaminationAï¿½: The insurance company has the right to compel the victim of an accident to undergo an independent examination by a doctor. This is known as an Aï¿½independent medical examination,Aï¿½ but there is nothing Aï¿½independentAï¿½ about it. These doctors make a lot of money by seeing patients that insurance companies bring them, and it is expected that they will find a way to make an argument to lower or deny your case.