Which Chapter of Bankruptcy Should You File? 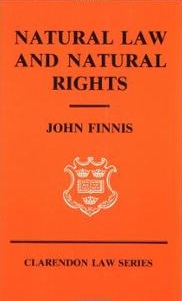 While millions of people and businesses are struggling financially, no two economic hardships are exactly alike. Whether it’s a middle class family of four, a real estate tycoon, or a Fortune 500 company, no individual or institution is infallible to the threat of default; in fact, it happens everyday. Sometimes this is due to poor decision-making, but often times, people find themselves in this difficult financial situation due to plain old bad luck. It would be unfair to punish people with insurmountable levels of debt that was pushed onto them due to factors not entirely within their control. It is this reason that the United States Bankruptcy Code was put into law: to provide debtors an equitable solution to their problem.

The Bankruptcy Code is a pretty serious chunk of legislation. Not only does it cover courtroom procedures, bankruptcy exemptions, and financial stipulations, but it also provides a wide array of options to suit the needs of the many different types of filers. These options are called ‘Chapters,’ and don’t be deceived; this is no Harry Potter novel. To successfully navigate through page after page of codified legalese, you should probably have a bankruptcy lawyer by your side.

Before determining which Chapter of Bankruptcy you should file, it’s important to assess all the options to make sure you are making the best decision for your financial future. Let it be noted that, in making such a significant decision, it is always wise to consult an experienced bankruptcy lawyer; but for now, it’s not a bad idea to overview the various Chapters without the help of legal counsel.

First, let’s discuss Chapter 7 Bankruptcies. This form of bankruptcy is by far the most common among American consumers; so if you think you may have to file, there are good odds that it will be Chapter 7. In a Chapter 7 bankruptcy, also known as a ‘total liquidation bankruptcy,’ which enables the debtor is able to discharge most of their outstanding debts. The only debts that are not eligible for liquidation are the nondischargeable debts. Generally, most individuals that qualify for a Chapter 7 bankruptcy are going to be able to carve out most of their assets or exempt property.

Chapter 13 is the other prevalent form of bankruptcy in America. Chapter 13 filings are for people who have current income and are looking to repay a portion of their current debts over a period of time (typically between three and five years). A Chapter 13 bankruptcy will also allow the Debtor to keep the assets that they are attempting to hold onto.

Now that we have a basic overview of the different types of bankruptcy available, which bankruptcy is right for you? There is no set answer. It depends on your individual circumstances, where you live, and where you want to be in the future. Generally, a Chapter 7 bankruptcy would be a good option for someone who does not have a steady stream of income, and debts that can not be repaid in the foreseeable future. A Chapter 11, or 13 would probably be a better choice for someone who has assets that they want to keep, a steady stream of income but needs to consolidate and lower their debt payments over the course of three to five years. Also bear in mind that the bankruptcy laws vary from state to state. For example, Florida’s homestead exemption does not apply to residents of Texas.

Choosing which type of bankruptcy to file for is an important decision that should not be taken lightly. It is important to have a qualified bankruptcy lawyer there to help you navigate the complex bankruptcy laws to ensure you get the fresh financial start that you deserve.